The classic book by Steve Brady —now in a dynamic new hardcover edition, updated with the latest in tools and techniques and many new features! 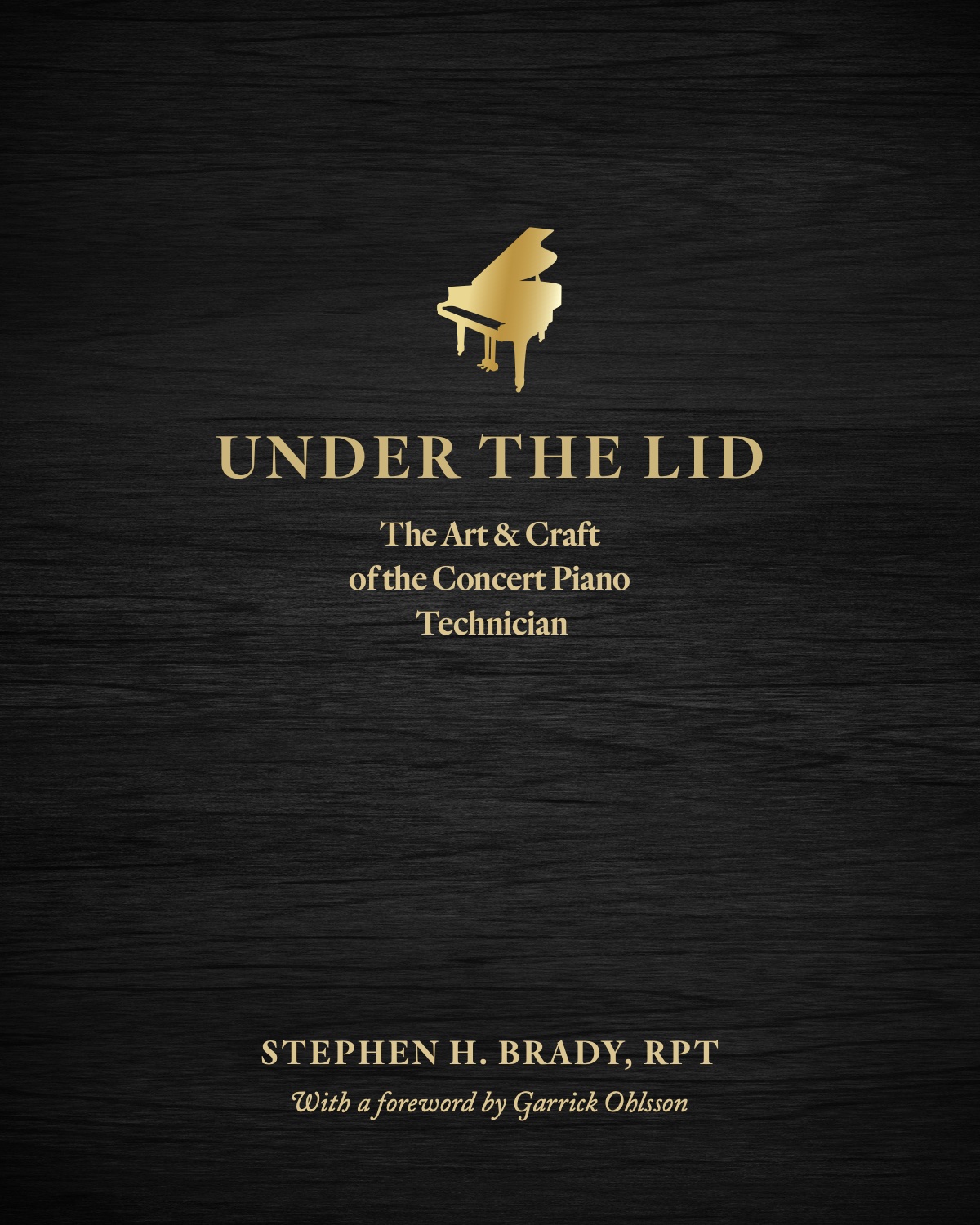 This is the first book to deal with the techniques and artistry specific to preparing pianos for concert use. It provides detailed practical advice for piano technicians on the fine points of tuning, regulating, and voicing for concerts, and on working with concert pianists. Also included are interviews and profiles of concert pianists and concert technicians, as well as anecdotes from the author’s career.

This newly revised edition also contains updates about newer tools and techniques, and new photos throughout. A major new feature of this edition is the inclusion of QR codes pointing to video demonstrations of many of the techniques described in the book.

U.S customers: Click the Buy Now button above to purchase Under the Lid for $135.00, plus shipping.

International customers: We are not able to process international orders at this time. If you live outside the U.S., please use the link below to order your copy of Under the Lid from Pianotek Supply Co. https://www.pianoteksupply.com/product/1553/Under-The-Lid–The-Art-and-Craft-of-the-Concert-Piano-Techni.aspx

Steve served as editor of the Piano Technicians Journal for six years, and in 1999 the Piano Technicians Guild published his book, A Piano Technician’s Guide to Field Repairs. He was inducted into PTG’s Hall of Fame in 2012, and in 2016 he received PTG’s highest honor, the Golden Tuning Hammer award. In his spare time Steve enjoys cooking, dancing Argentine tango, and playing in a tango band. He lives in Seattle with his wife, concert pianist Judith Cohen.

It’s been years since I first cracked open a copy of Steve Brady’s landmark book Under the Lid: The Art & Craft of the Concert Piano Technician. I can still remember how it felt to read the book for the first time. I felt like I had found a mentor and friend who was willing to sit down and answer all my questions. I remember thinking that it was the best written book on piano technology that I had ever read. If any technical book could ever be called a “page turner,” it was Under the Lid. If you had asked me, I would have told you that the book was pretty much perfect. That was, until I read the second edition.